70th Anniversary of the Academy of Physical Education in Wrocław

CREATOR as the partner of the Academy of Physical Education in Wrocław had the honour of participating in the festive celebrations of the 70th Anniversary of that University, presenting its innovative solutions in the field of cryotherapy – the mobile cryochamber. The ‘Gazeta Wrocławska’ newspaper dedicated an article to this event entitled “It’s the First Cryochamber of itsType in the Country”.

The first mobile cryochamber in Poland stopped in front of this Academy’s building in Wrocław. It only takes three minutes to bring immediate pain relief or to reduce a swelling. The Pii Cryotherapy treatment method has been known for some time. This week the inhabitants of Wrocław have had the opportunity to see Creator’s first mobile cryochamber in Poland. Prof. Anna Skrzek, the Dean of the Physiotherapy Faculty of the Academy of Physical Education in Wrocław, informs that the chamber parked in front of the Academy’s building is a novelty in the scale of the country, as so far only stationary chambers were known. Sports people have shown a marked interest in cryotherapy. During sports competitions, Olympic games, and training camps, sports men and women have difficult access to such treatment. “The mobile chamber will change all this”, says Prof. Skrzek.

Professor Anna Skrzek also points out that extremely low temperatures in cryotherapy reduce swellings, relieve pain and have a loosening effect. Cryotherapy is used in treating nervous and muscular tension, injuries and such complaints as multiple sclerosis. Cryotherapy has a wide usage in medical treatment. Persons suffering from rheumatic diseases or depression can benefit from cryogenic treatment. Low temperatures improve efficiency among sports men and women and give rise to the production of endorphin. One cryotherapy session lasts maximum three minutes. Two people may enter the chamber simultaneously. The session takes place at temperatures ranging from -120o to -160o Celsius. Preparation of the organism at -60o Celsius takes place in the threshold. The patient enters the chamber only in his or her underwear. The Professor further explains that the more the body is exposed during the cryotherapy the better the effect of the treatment. Yet, the patient wears his/her gloves socks cap and face mask, as the nose, hands and feet are most sensitive to the cold.

The chamber standing in front of the Academy’s building is an absolute prototype. CREATOR Co. Ltd which has manufactured it, have not even calculated its costs yet. The cost of a stationary chamber amounts to approx. PLN 200 thousand. Wojciech Lipnicki of Creator Co. Ltd. predicts that the mobile chamber will most likely be slightly more expensive. “ We wanted to show this chamber here at the 70th Anniversary celebrations of the Academy of Physical Education, because this is where the Wrocław school of cryotherapy was born” said Mr. Lipnicki. “Above all the cryochamber is to serve all those who practice multistage sport e.g. cycling or cross country skiing. During training camps they have no possibility of using this form of treatment. We trust that the mobile cryochamber will enable this.” Mr. Lipnicki summed up. 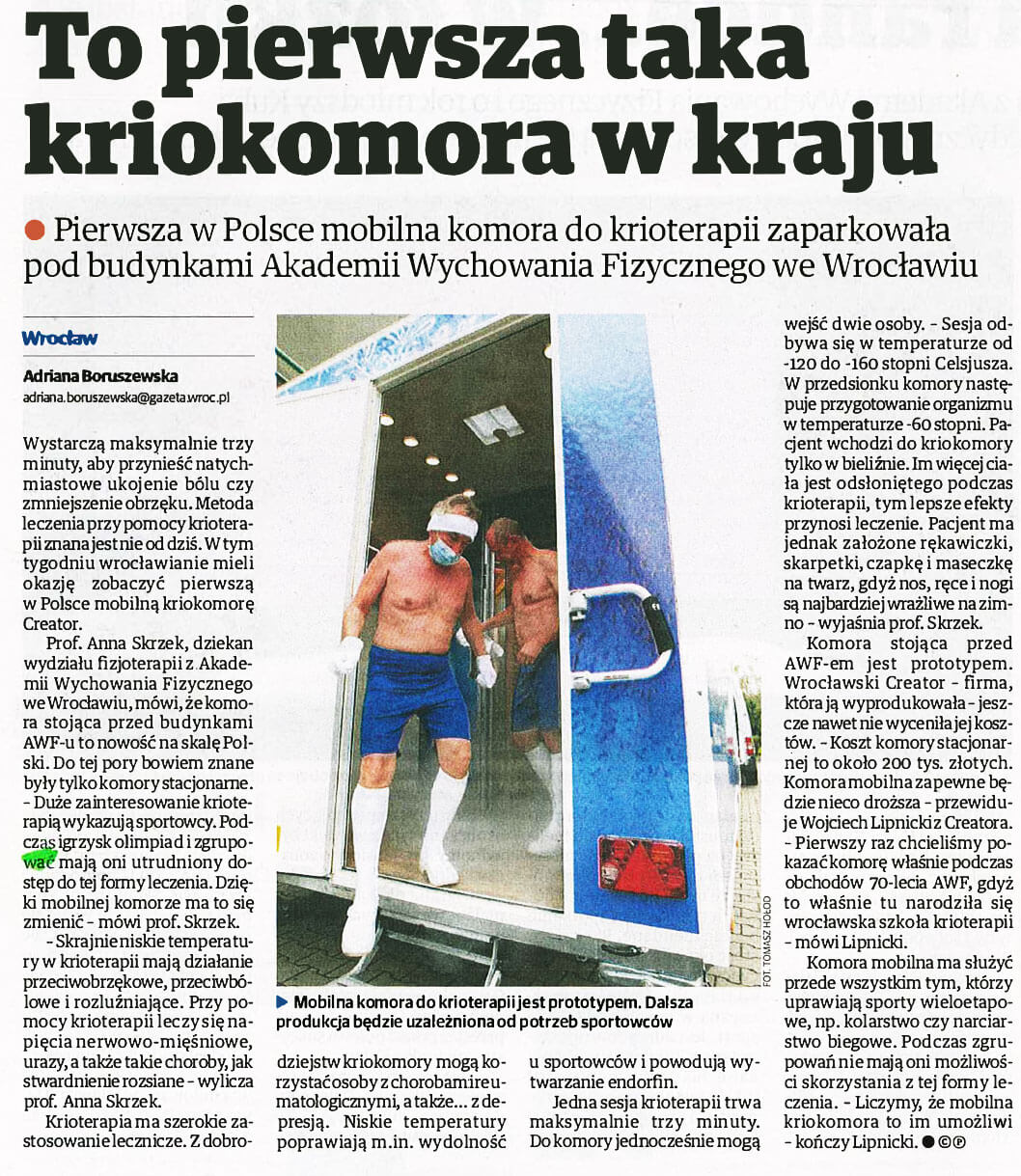 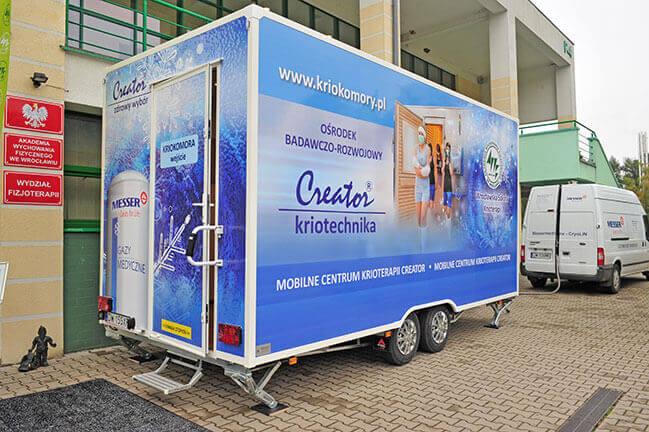 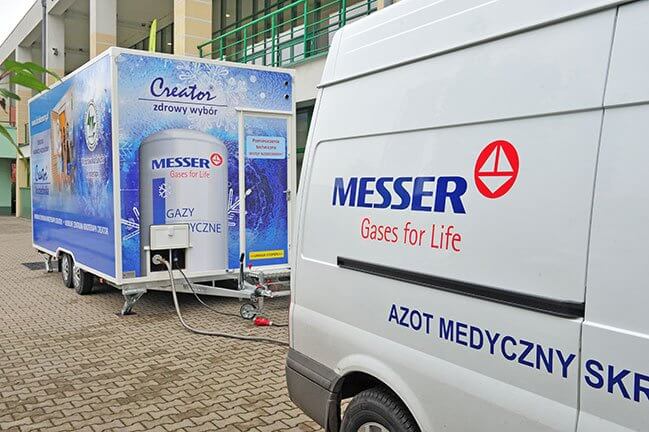